Last year, CENTURY MEDIA RECORDS welcomed the mysterious producer known as GOST, who embodies the character of Baalberith on his propulsive synthwave solo project that is channeling his fascination with the occult, JOHN CARPENTER and 80s slasher flicks.

As a teenager he played in metal bands, but eventually drifted toward electronic music which would later become the foundation of his powerful synthwave/retrowave sound.

With its haunting atmospherics and aesthetics influenced by the blackest corners of the metal world his music quickly garnered GOST a loyal following within the rock and metal community worldwide.

Apart from playing his own headlining tours in Europe and North America he used the interest from his growing fan base to hit the road with the likes of diverse acts such as PERTURBATOR, MAYHEM, CARPENTER BRUT, 3TEETH, PALLBEARER, POWER TRIP, ...

For the recording, mix and mastering of the new opus, “Valediction”, GOST teamed up with Jaime Gomez Arellano who worked with the likes of PARADISE LOST, SOLSTAFIR, ULVER, MYRKUR and many more.

The result is a volatile mix that ranges from gothic / retrowave to the most raging and extreme caverns of black metal. 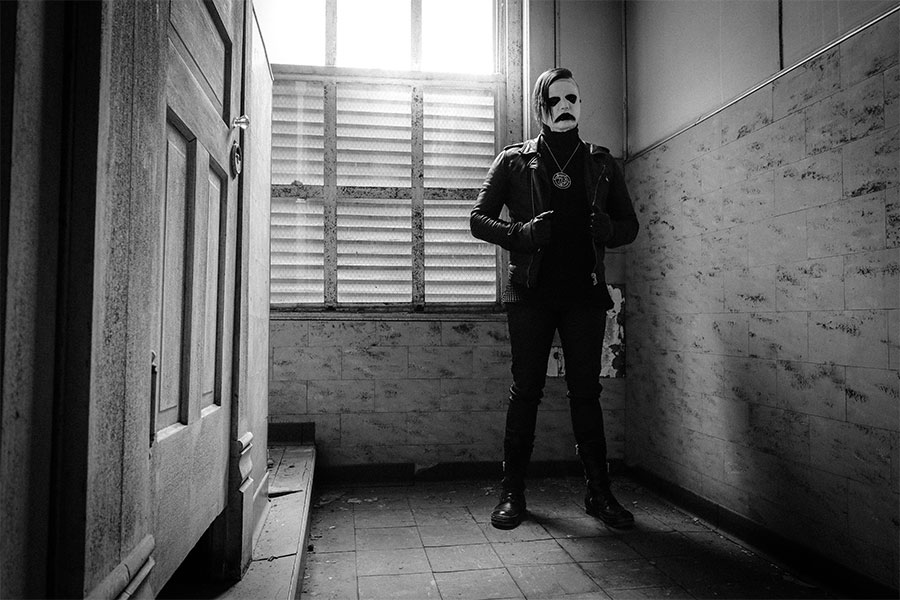